Things are Different the Second (or Third) Time Around 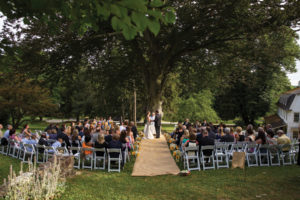 Face it—we think of second marriages differently. They’re not laden with the same kind of starry-eyed hopes a first marriage can evoke, and they follow a marriage that didn’t exactly have a fairytale ending.

But if we think about it a little more, that seems not only unfair but not quite accurate.

It’s like Paul McCartney sang long ago—love seems like a pretty big deal when you’re in it. And if you’re in love enough to get married, what came before never seems to matter quite so much. If it led you to the happy place you’re now, it was all for the good. And what’s wrong with that? 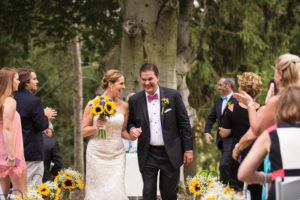 That said, second (and of course subsequent) marriages are different. Almost anyone who’s seen a few will tell you they’re typically smaller, less lavish and more relaxed than the first time around.

Gift-giving is downplayed—everyone already has a wafflemaker. Or two.

Nobody’s fretting nearly as much over “the color of the napkins,” says Diane Smith-Hoban, executive director of Journeys of the Heart, a service that provides officiants for weddings and other ceremonies.

One color question that tops the list of FAQs, though, is can the encore bride wear white? The answer is, of course she can if she wants to! 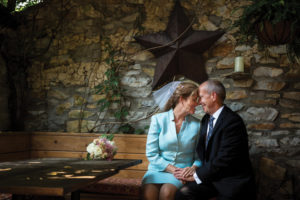 But even if it’s generally true that second weddings are easier and less stressful, there’s some variation to the pattern, says Lisa Marie Chimento, director of marketing and lead planner for Kaleidoscope Solutions, a wedding-planner group formerly in Wayne, now in Conshohoken. Some couples want the opposite of what they did the first time.

Another difference is age. If the partners are around 45 or younger, there tend to be kids involved in the wedding. If the bride and groom are older—with offspring college-age or older—the event is usually more subdued and intimate. It might even be something like a nice dinner with close friends at a country club.

Of course, some second-time brides and grooms just want a big party.

One couple Chimento worked with decided to make it a real occasion because, for one partner, it was a first marriage and the other partner wanted the occasion to be accordingly festive. 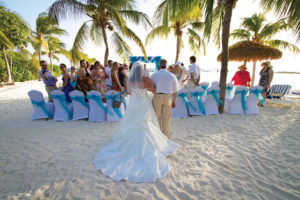 Plus people in second marriages are further along in their careers and have their own money to spend along with their own well-established styles.

Rather than choosing the traditional trappings they’ll opt for “the wow factor,” Chimento says. They’ll have fun details—everything from an extravagant cake and edible glitter in the drinks to aerial dancers a la Cirque du Soleil—something to make the day extra special.

Many are used to corporate holiday parties at this point in their lives, so second-marriagers will sometimes take that as a model.

Splitting the difference is another way to go. For example, one local couple currently planning a marriage includes a woman who had a big, traditional first marriage in a large landmark area venue (okay, it was in the Hotel du Pont). The man involved in this wedding is getting married for the first time. So, while she’d be content with a trip to the courthouse and a nice dinner, they’re planning a somewhat larger group party in a less traditional local venue that can easily accommodate the 50 to 75 people they plan to invite.

Venues designed for mid-size groups have been popping up in recent years, according to Lori Zytkowicz, the owner of one of them, Faunbrook Bed & Breakfast in West Chester. The Victorian mansion can accommodate groups up to 100, but they host a lot of small, casual weddings—sometimes so small, Zytkowicz says, that it’s just the two people getting married and the officiant doing the marrying. (Note to couples: While Pennsylvania doesn’t require witnesses, Delaware does.)

And some couples opt to do the whole thing themselves. One West Chester repeat bride says her second marriage was very much in that pattern—the event was held in the front yard and decorated with flowers from a local supermarket. A friend took over the bartending chores, her brother-in-law did a video, and everyone took photos.

“It’s just as meaningful, in a different way,” says Peggy Kilkenny Hecksher, who runs the Chester County-based wedding planner service Love on a Shoe String. Like other wedding planners, she says some people opt for a very low-key approach, just a small gathering of friends and family. Or they may choose an exotic destination.

Many couples will take care to put their own stamp on the event. After all, they’re fully adult now and, frankly, parents aren’t paying for it or likely involved in the process. If they want to pick an unusual location or theme, they can do that. “It’s their day,” Hecksher says. 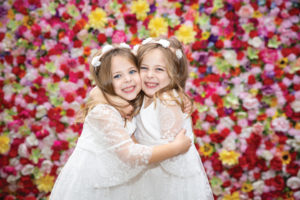 Second marriages often include children, and when they’re young enough the kids become part of the planning. Chimento says they’re often part of the bridal party, walking down the aisle with the other participants, or they’ll play music or take part in some other way.

And of course, they’re a part of the families being blended and many couples will acknowledge that. Presumably there’s already a reasonable degree of acceptance all around, but Hecksher says the wedding can be an occasion to validate and formalize that.

In the vows portion of the ceremony, the partners can make a point of welcoming the kids into their lives and showing they’re important members of the new family. “It makes it real,” Hecksher says. Some couples want to have the kids do vows as well as the partners, but officiants often discourage that, says Smith-Hoban, reasoning that vow-making is really not a kid thing.

But there are other ways, including the “sand ceremony” in which family members pour sand of different colors into a glass vessel to symbolize both their individuality and their membership in  a new family unit. (A more whimsical approach, Smith-Hoban says, is to use colored M&Ms.) 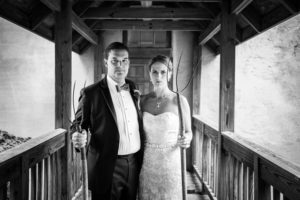 Chimento says second marriages don’t include the traditional vows as often—people are more comfortable writing their own, or having a friend or officiant work on vows with them. Men in particular are more comfortable writing their own the second time around, she says. People are older, more experienced, they’ve learned about themselves and what makes relationships work, and all that shows up in how they pledge to treat one another.

Some people even make the casualness of it the whole point, says Smith-Hoban, like the couple that opted to get married at home, on Christmas Day, in pajamas, with the family all around. “The marriage is more important than the wedding,” Smith-Hoban says.

And no matter how informal an approach people might take, if the feelings are there, as Paul McCartney pointed out, it isn’t silly at all.