Let the winners of this year's Historic Preservation Awards help you explore some West Chester treasures. 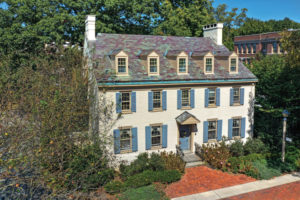 Throughout the year, West Chester hosts a full calendar of exciting events and activities for residents and visitors alike. Choose from mega-events like the QVC West Chester Christmas Parade and Benchmark Twilight Cycling Classic or smaller gatherings like the recent Holiday Home Tours and annual Gettysburg Address contest on the balcony of the historic Lincoln Building.

None of these events would be the same without the charming backdrop of West Chester’s carefully preserved historic buildings. Many groups and individuals are behind the long-term efforts to keep the character of these buildings, streetscapes and neighborhoods intact. And each year, one group takes the time to recognize ongoing efforts to that end.

And the Winners Are …

This past year, five Bricks and Mortar Awards recognized a wide variety of construction projects of sterling quality that demonstrate creative ways buildings and their settings can be preserved, restored or rehabilitated. Winners may mark the award with a plaque installed on the building.

One of the oldest continuously occupied structures in the Borough, Fountain Green, 320 N. Church Street, won in recognition of the efforts by its owner and project architect, Frens and Frens, to correct years of damage caused by misguided renovation of the exterior. The distinctive exterior brickwork is laid in Flemish bond—the long side of the bricks alternating with the short side. The solution preserved the visibility of the bond while protecting the bricks from further damage. This project serves as an abject lesson in the fragility of brick buildings and how to correct seemingly fatal damage to them.

Attributed to celebrated architect Frank Furness, 100 West Virginia Avenue (Mary Thomas House), was recognized as an excellent example of how sensitive additions and careful maintenance can preserve an important historic house while still meeting the needs of a modern family. A large kitchen and living area “ell” were added to the home’s south elevation and designed to complement the original house. Changes made during the owners’ 37 years of occupancy demonstrate the care taken in preserving this important building’s original design and historic character. 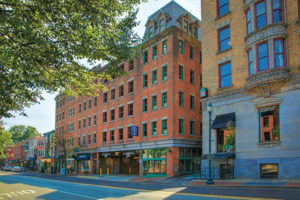 Although modern parking garages rarely make a positive contribution to the visual appeal of their surroundings, the Bicentennial Garage is an important exception. Bicentennial Garage, 20 S. High Street, won an award because it is an outstanding example of how utilitarian buildings can be designed to fit into the historic fabric of West Chester. Its design complements the scale and character of the adjacent 19th- and 20th-century buildings, and it stands out because is does not stand out. 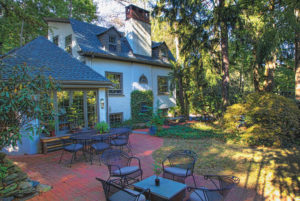 Designed by Philadelphia architect Henry T. Price, Elbow Lane, 620 N. Matlack Street and 125-127 Elbow Lane, received an award in recognition of the ongoing stewardship of this unique enclave of houses by the owners of the properties. These Hobbit-like houses feature architectural elements salvaged by Price from the 18th- and 19th-century houses razed to make way for the Benjamin Franklin Bridge. The three eccentric cottage-style homes are an eclectic and intriguing contribution to the Borough. 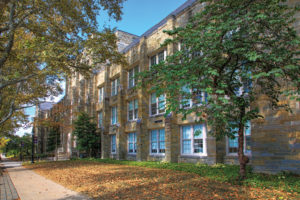 In a time when public institutions too often opt for demolition of their historic resources, West Chester University chose to rehabilitate the exterior of Anderson Hall, 725 S. Church Street, to preserve its historic character while modernizing the interior. This project was recognized for the sensitive rehabilitation of the exterior of this building, the largest anchor for “The Quad,” the historic heart of WCU’s campus. These improvements will insure the building remains a valuable academic facility for years to come.

The Preservation Service and Legacy Awards recognize contributions to the better understanding of the history of West Chester and the need to preserve the physical evidence of that history.

In recognition of 25 years of telling the story of West Chester’s history and celebrating its historic architecture, the Preservation Service Award went to the West Chester Historical and Architectural Review Board for their West Chester Town Tours. The tours are part of the annual county-wide Town Tours and Village Walks program created by Jane L. S. Davidson. The well-attended walking tours help people personally experience the Borough’s history and architecture.

The 2019 Legacy Award was presented to Dale Frens, of Frens and Frens Architects, because of his lasting impact on West Chester’s historic character and fabric. For over 34 years, Dale has been instrumental in the preservation, restoration or rehabilitation of an astonishing 76 properties located throughout the Borough, including the Historic Chester County Courthouse, the Lincoln Building and the David Townsend House, along with donating countless hours of service to nonprofit cultural and historic organizations. Dale’s work represents some of West Chester’s most significant architectural projects of the last 30 years and has created a lasting impact on West Chester’s historical architectural character.

The Tenth Annual Preservation Awards will kick-off in April with nominations closing in June. For details, check with the West Chester BID office or on-line at DowntownWestChester.com. Winners are announced in July, and the Awards Ceremony is scheduled for October 15, 2020.

Jane E. Dorchester has worked in the preservation field since 1983, specializing in historic property research, historic resource inventories and surveys, and national register nominations. She earned a Master of Science in Historic Preservation from the University of Pennsylvania and currently heads a historic preservation consulting firm. JEditorhspv@gmail.com; 610-431-3737.