The craft beer business continues to grow, and luckily, change.

You’ve heard the saying “the more things change, the more they stay the same”? That’s far from true these days in the beer world. Instead, the zeitgeist in this sector of the beverage business is better captured  by “the only constant is change.”

Grab a beer and let’s catch up on a few new developments. 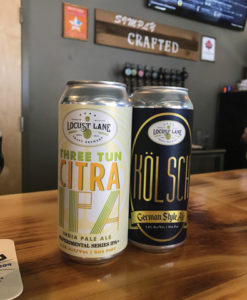 Looking back to just 2005, there were fewer than 1,500 brewing establishments in the entire country. Now? The 6,000 mark has been breached and the number is still climbing.

Competition for making and selling beer has intensified. Many brewers want to be the next big thing, wholesale distributors clamor for new breweries to carry, retail spots now include grocery stores added to the competitive mix (at long last in Pennsylvania), and consumers want more beer and more variety—all driving the cycle.

Pennsylvania, at the end of 2017, ranked seventh among states, with close to 300 brewing establishments identified as “craft” by the Brewers Association (BA), the industry’s not-for-profit trade association.

What does that mean for beer fans in Chester County? Well, in 2017, we gained Crowded Castle, East Branch, La Cabra, Locust Lane and Root Down breweries. It means small towns like Oxford have two brewing establishments, as do larger towns like Frazer/Malvern, Downingtown and West Chester.

This proliferation supports another Brewers Association statistic—at least 83% of the country lives within ten miles of a brewery.

The greater Philadelphia region lost just one brewery in 2017—Prism in Lansdale. On the bar scene, one of the first bars in the western Philadelphia suburbs to serve a wider variety of beer in the 1990s was The Drafting Room in Exton, which, sadly, closed last year. Many remember it fondly as the meeting place for industry insiders and consumers searching out events that showcased the best of the beer world.

It should come as no surprise that as beer from the non-macro segment of the industry has nearly doubled by volume, from 6.5% in 2012, and dollar share is up over 20%, that big brewers have taken notice. The largest brewing and marketing organizations can no longer ignore both the consumers’ desire for a variety of beer options as well as their own near annual drop in market share by both volume and dollars.

Recognition of this growth began many moons ago when Blue Moon was launched in 1995 by the Coors family (now a part of the MillerCoors family) at its Sandlot Brewery at Coors Field in Denver. Blue Moon grew extremely popular through the years and spurred experimentation and funding for flavorful beers that other large, multinational breweries attempted to mimic—think Shock Top from Anheuser-Busch.

But that wouldn’t be enough. In what was shocking news in 2011, Anheuser-Busch purchased Goose Island of Chicago—an independent craft brewery—rather than creating their own “craft” label. Since then, Anheuser-Busch has also picked up and absorbed into its High End division Blue Point, 10 Barrel, Elysian, Golden Road, Four Peaks, Devils Backbone, Wicked Weed and others.

The consolidation trend continued. Constellation Brands owns Ballast Point, Anchor Brewing was sold to Sapporo, and Heineken snapped up the remaining 50% of Lagunitas Brewing it didn’t already own.

Smaller craft brewing organizations have stepped up their own games and have become larger, in some cases much larger, versions of themselves. Stone Brewing has two new locations—one in Richmond, Virginia and one across the pond in Berlin. Green Flash has an East Coast facility in Virginia Beach and New Belgium, Sierra Nevada and Oskar Blues all opened second locations in North Carolina.

Other breweries have teamed up, partly as a defense strategy, rather than sell to a large, multinational macro brewer. Our local Victory Brewing Company joined forces with Southern Tier (of Lakewood, NY), where they continue to coexist as separate brands but under a parent company named Artisanal Brewing Ventures. 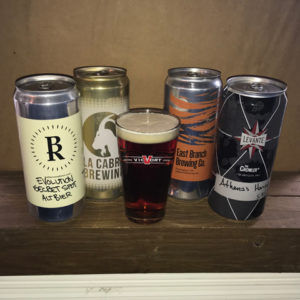 You know what a growler is, right? How about a crowler? A portmanteau of can and growler, crowlers have exploded on the scene in the past few years at some bars, but mostly brewery taprooms.

Even though 32-oz. glass growlers have joined their traditional 64-oz. partners for to-go draft beer, 32-oz. crowlers have quickly become popular for three primary reasons—less spoilage due to a tighter seal and protection from light, less chance of breakage, and less beer to consume or need to share.

Cloudy with a Chance of Haze

Another development that continues to stir lively debates in breweries and barrooms across the country is NEIPAs or New England IPAs, sometimes called juicy IPAs. These beers are both praised as delicious and dissed as improperly made beer.

It’s not unheard of for breweries to do special releases of these usually fruity, not bitter, hop-forward beers and pull down $20+ thousand in sales in just a few hours. There’s not nearly enough room here to dissect the arguments for and against NEIPAs.

Suffice it to say, breweries young and old are realizing that if they’re not selling at least one beer that’s orangish-goldish in color and nearly, if not completely, opaque and described as juicy, hazy, cloudy, etc., then they run the risk of being perceived as not relevant.

I didn’t say it’s fair. Actually I am saying it’s not fair. But it is, nevertheless, the latest trend consuming the industry.

Check the Date Before You Check Out

Breweries can make the highest quality beer, distribute it with the utmost care, and have it promoted by some of the savviest marketers and sales forces. But, beer that’s not fresh is beer not likely to be purchased again, since nearly all beer is best when consumed fresh.

I’ve seen too many world-class beers on the market—such as oft-awarded Pilsners and IPAs—that show brewed-on dates of more than six months earlier!

As a general practice, ask your retail store and brewery staff either when the beer was brewed or when it was delivered. It’s a reason to shop where beer is taken seriously.

Some breweries stamp their product with a Best By date. The Brewed On date is even more important. In the perfect world, both dates would appear on all bottles or cans as well as the packaging to give the consumer information to make an informed purchase.

There’s so much happening in this still-expanding world of wonderful beer. Be aware of what’s driving the industry and the impact that has on your enjoyment. Ask questions, demand the best, and we’ll continue to drink great beer for years to come. 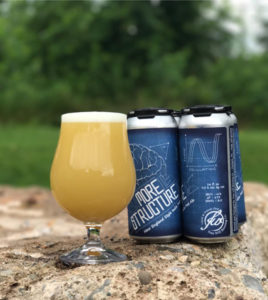 Where can you get a beer these days? The short answer is, where can’t you. Selling beer in Pennsylvania was once near exclusively the task of the beer distributor for a case or a keg and the random corner bar for a six-pack, except for Sundays. This earned the state a reputation for not being consumer-friendly. Today, most distributors are open seven days a week and carry everything from kegs to individual bottles. And so do some grocery stores, gas stations and specialty beer stores.

Want to drink outside? Beer gardens are the rage. Try the Kennett Creamery, Victory Beer Garden in Longwood Gardens and Constitution Yards in Wilmington’s Riverfront.

Working or playing in Philly? You can hardy get from one neighborhood to another without stumbling across a pop-up beer garden. Philly’s Fairmount Park system has a traveling beer garden—Parks On Tap—with beer garden in 20 spots over 20 weeks.

Citizens Bank Park has long been known for having one of Major League Baseball’s top-notch beer selections. And you can even grab a good beer before a show at The Kimmel Center.

No need to be thirsty!

Bryan Kolesar, local to Chester County, has been writing about beer for over ten years and maintains a blog, BrewLounge.com. His book—Beer Lover’s Mid-Atlantic—is available online and in physical bookstores. It’s a complete 416-page guide to breweries, brewpubs, beer bars and homebrew of PA, NJ, MD and DE.

Tagged under: Beer, brewery
Related Articles:
back to top