This quick primer should open up minds and introduce palates to the special pleasures of sour beers. 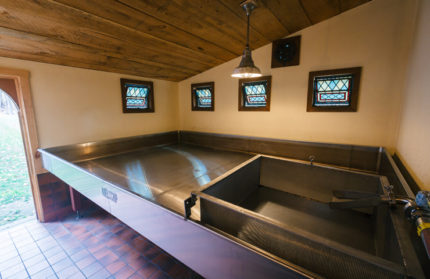 It happens too often: a well-intentioned beer guru hands an unwitting friend a beer and says, “Drink this. It’s good.” The friend’s palate is walloped by tart, funky, intense flavors and, without fair warning, the friend summarily writes off the world of sour/wild beer. And maybe writes off the friend.

I know. You’re as mad as I am. That poor friend is going to miss out on some primo beers. Particularly, if the friend was a devout wine drinker. Sours can be some of the best transitional beers on the market. You just need to be prepared.

So, in the interest of spreading the love for these quirky, masterful beers, here’s a quick primer to prepare you for your first sour sip along with some reasons to expand your beer horizons this year.

Most of the beer you’ve consumed in your life was fermented by one of the myriad strains of yeast know as saccharomyces cerevisiae. These yeasts have been scientifically stewarded—particularly after pioneers like Louis Pasteur revealed how they work—by brewhouses to be the workhorses of beer production that they are today.

Relatively reliable, rugged in industrial settings, and with a massive span of applications, these magical yeasts are responsible for everything from your crisp, peppery saison to your malty, bulky double bock. All hail great yeast!

But brewing relies on other yeasts as well. The terms “sour,” “wild” and “kettle sour” denote (in an admittedly vague manner) beers that have undergone mixed fermentation with other strains of yeast and bacteria. In mixed fermentation, brewers use saccharomyces alongside different strains—including brettanomyces (brett), lactobacillus (lacto), and pediococcus (pedio)—to produce flavors that contrast or complement the malt and hop bill.

“Brett” refers to many different strains of wild yeast that, lore has it, originated from the skin of orchard fruits. Brett strains can produce aromas and flavors of pineapple, tobacco, leather, cherry-pie filling, musky cellar and funk. While some of these varieties of brett may seem daunting at first, at nuanced levels and in the context of a beer, they add a singular complexity.

Consider for a moment: in a fruity, malty barleywine or Belgian quadruple, the musky, leather tones of particular brett yeast strains can balance an otherwise heavily sweet beer. American brewers with a penchant for hops have experimented with pineapple/mango-forward strains of brett to “pop up” the tropical hop flavors that beer-drinkers crave.

On the bacteria side, “lacto” and “pedio” refer to strains of bacteria employed in the brewery or cellar to produce tart flavors reminiscent of lemon and sweet tarts candy. Although the terms “bacteria” and “beer” typically don’t go together for brewers or beer drinkers, in certain styles of beer and in the hands of a skilled brewer/blender, the acidic tart flavors produced by lacto lend a bright, refreshing edge to the beer.

Phew! So Why Should I Drink Them? 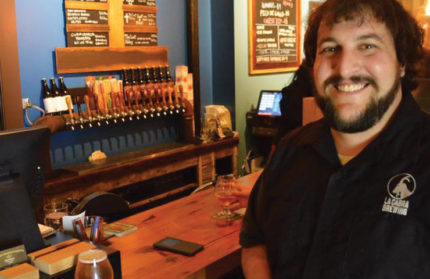 Now that we got through the technical stuff, I’d like to convince you to consider the special pleasure of sour beers.

Here are my top three reasons to spend 2018 trying to find a few sours. Preferable, a few each month.

Craft brewers are constantly innovating and trying to distinguish themselves in the market while relying on, essentially, the same sources of hops, malt and yeast. One route to a unique flavor is to use a barrel room’s “house cultures”—the yeasts and bacteria that drift in that brewery in ways that are unique to that place. Worts (pre-fermentation liquids) produced using different techniques will favor some microbes over others and will create a kind of “flavor Galapagos” that reflects the thumbprint of that particular brewer.

To further this kind of experimentation, some American brewers have gone a more traditional path and cultured microbes found in the flora around the brewery. Some of the yeast cultures produced by brewers of the most renowned lambic (an elegantly sour, funky Belgian blonde aged 1–3 years in oak) are, in part, formed by cooling hot wort overnight in coolships (open containers, see photo) that are exposed to drafts of outside air. The microbes floating in that air create a true sense of place, as unique to Brussels as cultures from Berwyn or Burbank, for that matter.

A local example. Forest and Main in Ambler ferments saisons with cultures found around their brewery and uses these strains for about a year. As the seasons pass, the brewers reset the culture in a beautiful expression of beer reflecting the particular surroundings.

Some breweries have gone as far as to drive fresh wort out into orchards in open vessels, inoculate them with the air-borne microbes overnight, then drive the wort back for fermentation in their cellars. Yes, brewers can be a tad eccentric.

These are a few of the many examples of the authentic, novel and place-driven flavors that sour beers can deliver. Are you convinced yet?

As you work your way into sour beers, you also can take advantage of their long shelf-life—some up to 10 years. The experience of sharing a meal at a brewpub with friends, buying a few bottles to go, and then breaking them out on special occasions is unique to sours and only the sturdiest of non-sour beers.

As I write this, I’m looking at the boxes and boxes of memories on my shelf that these collected bottles represent, and I’m transported back to when I bought them. Hop bombs are yummy, but sours permit time travel (if you’re the nostalgic type).

Even more, sours are among the few beer styles that truly mature, morph and change character as they age. Go out today with a friend and buy a 12-pack of Orval (highly fermented Trappist beers with a distinctive fruity and bitter taste). Every three months, share a bottle together and notice as the beer changes from a funky, fruity Belgian Pale to a musky, papery, bone-dry masterpiece. Your patience will be rewarded! And your friendship cemented.

Finally, if you need more convincing, here’s the big one, saved for last. Sours open up a whole new world of food and beer pairings. Try the Orval mentioned above with a rustic bread topped with goat cheese. Then you can appreciate that some level of “funk” is the common denominator in many of the fermented foods you enjoy.

Another Belgian beer worth trying, Duchesse de Bourgogne’s plum, dark caramel and slightly acetic (balsamic) bite are the perfect accompaniment to a braised shank or pot roast in the winter.

Closer to home, we had the delicious luck of pairing La Cabra’s Brun Nouveau with a Belgian chocolate waffle prepared by Nectar’s pastry chef at a recent beer dinner. Its sweet, tart and lightly acetic tones both reflected and enhanced the luscious chocolate and golden sweet pastry.

The possible pairing are endless. And part of the fun.

There’s a time and place for each beer style but, particularly for the foodies out there, an open mind to new and bold flavors will reveal the nuanced, varied and puckeringly yummy world of sour beers.

So, in a world that’s been seemingly dominated by the rush for more and more hops, take 2018 to step into a new realm of flavors or revisit some old sour stalwarts.

A former Spanish and English teacher who began brewing beer in the garage of his Malvern home, Dan Popernack opened La Cabra (Spanish for the goat) last year to meet the needs of his growing fan base. The seven-barrel, two-story brewpub and restaurant across from the Berwyn train station has gathered accolades from the likes of Craig LaBan (“impressive take on lambic”) and Philly Mag (2017 Best Brewpub, ‘Burbs). 642 Lancaster Ave., Berwyn. LaCabraBrewing.com.

* Dates to be determined.

Tagged under: Beer
back to top