With This Ring … The Do-It-Yourself Marriage

Because of history and state law, couples don’t need an officiant to marry in Pennsylvania. 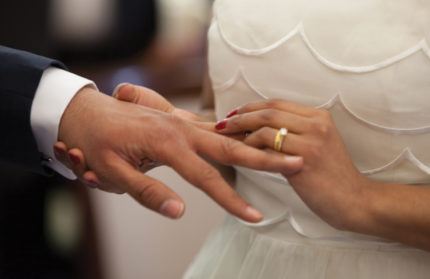 They say if you want something done right, you have to do it yourself. That may even be true for getting married.

A do-it-yourself marriage is one way for a couple to eliminate some pesky problems like accommodating families with dueling religious beliefs, blended families who don’t get along, the long wait for the venue for the ceremony, or the couple’s wish to have their ceremony sooner rather than later.

The beauty of a self-uniting marriage is it allows a couple the freedom to create a unique and meaningful event with only those elements that are important to them. The couple may perform their self-uniting ceremony in any setting, with any number of guests, as long as there are two witnesses to the vows.

Self-uniting marriage is an option in Pennsylvania, one that’s authorized by state law.

Recently, my husband and I attended a self-uniting wedding ceremony for the daughter of close friends. The event had all the trappings of a large-scale, traditional wedding ceremony—the venue, decor, bridesmaids and groomsmen in matching attire, the band, the cake, the toasts and tons of catered food.

The only difference was the absence of any officiant, since neither the bride nor the groom wanted a religious element to their wedding.

An uncle of the bride served as emcee, sharing stories about the couple and eliciting tears and laughter from family and guests. The couple recited the vows they wrote and then said the words of intent required to make their self-uniting ceremony official. It was a lovely ceremony and one unique to these two individuals.

Last October, my older daughter officiated at a self-uniting ceremony. Her role was to tell the story of the romance, lead the guests in supporting the couple’s dedication to each other, introduce the various readers, supervise the exchange of rings, and lead the required vows. Again, a lovely ceremony and very personal to the couple.

Is this a trend?

Because of its Quaker origins, Pennsylvania has a long history of religious tolerance and has recognized self-uniting marriage for decades. These marriages were often called “Quaker marriages.”

In the Quaker faith, the self-uniting marriage is the  formal wedding ceremony. The couple walks into the ceremony and later rises and states their vows to each other. When the vows are completed, the witnesses sign the marriage certificate.

Historically, most county officials in Pennsylvania didn’t even require proof of membership in the Quaker religion before issuing a self-uniting license.

That changed when Pennsylvania abolished common law marriage in January 2005. After that date, clerks at the county Register of Wills offices throughout Pennsylvania began to enforce the requirement that couples requesting a self-uniting marriage license had to prove at least one was a member of the Quaker or B’Hai faiths—two religions that don’t have officiating clergy.

Happily for couples who want a self-uniting marriage, in September 2007, a federal judge in Pittsburgh ruled that a marriage ceremony could be valid without having it solemnized by any third party, regardless of whether it was religious or secular.

Now the license requirements for self-uniting marriage ceremonies in Pennsylvania are set out in the statutes:

Getting A Self-Uniting Marriage License?

If you decide you want a self-uniting ceremony, getting your license is fairly simple.

You and your betrothed go together to the Register of Wills Office at either your home county courthouse or another courthouse in Pennsylvania.

You must specifically request a self-uniting marriage license before you start the application process. The process and fee are the same as for a standard license. (In Chester County the fee is $75; no refund if the marriage does not take place.). You both will need photo ID showing your current legal name and date of birth.

If either person was previously married, you’ll need the date of the most recent divorce, legal annulment, or death of the previous spouse. You’ll also need a certified copy of the Final Decree of any divorce or legal annulment that was final within six months before your application date. (Special rules apply for those under 18.)

After a three-day waiting period, either person may pick up the license, which is valid for 60 days from the date issued. The license can be used in any county in Pennsylvania, but it’s not valid in any other state. The marriage, of course, will be valid in all other states.

Once you have your license, pick a date, time and place and be sure you have the two required witnesses to your vows.

You can write your own ceremony, including an explanation of what a self-uniting ceremony is, and have as many or as few people as you want to do readings, recite poems, say something inspirational and so forth.

and date the license. Then you mail the signed form back to the county that issued your license. That’s it.

Although a self-uniting ceremony may not be for everyone, it’s nice to know Pennsylvania offers couples the freedom to choose. 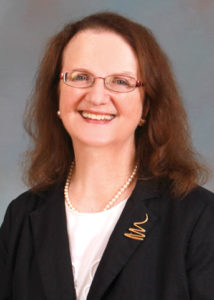 Tagged under: DIY, Wedding
Related Articles:
back to top