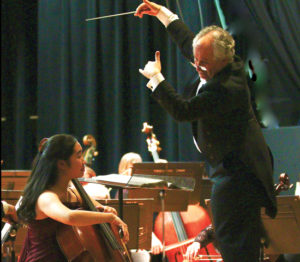 When Main Line Symphony Orchestra (MLSO) Music Director Don Liuzzi auditioned for the Philadelphia Orchestra, he played an excerpt from Beethoven’s 9th Symphony. He distinctly remembers finishing the passage and hearing, “Play that again, but this time with a little more meaning.”

Liuzzi was thrown. He knew the movement was about joy, but hadn’t fully considered the music’s relationship to the text. He won the audition, and the experience led him to study how composers use musical elements to both express and elicit emotion.

As composers Beethoven and Barber shared what Liuzzi calls an ability to, “bring out a mood in the sounds that they write. They’re both extraordinary at it.” And although most American schoolchildren know something of Ludwig Beethoven’s life—a German prodigy turned influential composer—few know of the career of one of the greatest American composers, Samuel Barber, who was born in West Chester in 1910 and began his studies at the Curtis Institute of Music at age 14.

You can hear Barber’s Knoxville: Summer of 1915 on November 22 when this lush work for voice and orchestra is performed by MLSO with soprano soloist Sophia Hunt, a student at Curtis following in Barber’s footsteps. 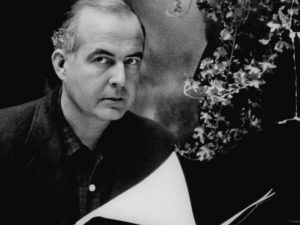 MLSO enjoys a long association with the Philadelphia Orchestra. Principal Clarinetist Ricardo Morales will join Maestro Liuzzi and Concertmaster Paul Arnold for MLSO’s final concert. Of his playing, Liuzzi says, “Morales has a unique rich tone that is changing the sound of the instrument. He is the greatest clarinetist of our generation.”