A common occurrence in early pregnancy. 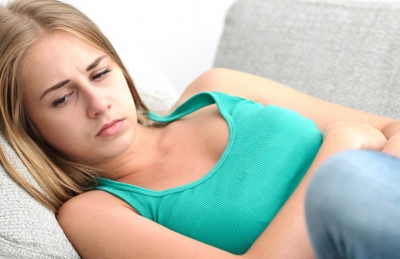 Although it’s not often spoken about, miscarriage is the most common complication of early pregnancy. Miscarriages usually occur within the first trimester, by week 12.

While studies have shown that the rate of first trimester miscarriage is between 10 and 20 percent of all pregnancies, it’s thought that the true rate is closer to 25 to 30 percent, if the rates included pregnancies not yet clinically detected.

It’s important to remember that despite suffering a miscarriage, most women will find they can have a full-term pregnancy.

Symptoms: The typical symptoms of miscarriage are cramping and vaginal bleeding, although some miscarriages don’t show any symptoms. These signs can sometimes be difficult to interpret because many women with mild cramping or light bleeding in their first trimester go on to have normal pregnancies.

To help clarify the underlying cause of these symptoms, your obstetrician may order blood tests to monitor pregnancy hormone levels along with an ultrasound scan. Even though light spotting or mild cramping can be normal, any severe abdominal or pelvic pain and heavy vaginal bleeding should always be evaluated by a physician. These symptoms may indicate a more serious condition called ectopic pregnancy, which can be life-threatening to the mother if untreated.

Causes: Many women experiencing a miscarriage are concerned whether something they did or consumed may have contributed to this outcome. Was it that glass of wine? That big cup of coffee? That heavy box she lifted before she found out she was pregnant?

There are many misconceptions about what can cause a miscarriage. For example, some people believe stress, exercise, working, intercourse or a history of prior birth control use caused the miscarriage. But none of these are associated with increased risk of miscarriage.

The truth is that about 50 percent of miscarriages are thought to be caused by genetic abnormalities that happen at the time of fertilization. These are usually genetic problems that are considered lethal, or in other words, would prevent the fetus from surviving the pregnancy. Genetic abnormalities are more likely to be the cause of a miscarriage in early pregnancies and with mothers who conceive at an older age.

Things that can alter the shape of the uterine cavity also may cause an increase in miscarriage risk, such as uterine abnormalities (like a uterine septum or bicornuate uterus), scar tissue from previous uterine surgery, or uterine fibroids.

Some maternal medical problems—such as poorly controlled thyroid disease, diabetes or adrenal disease—may also be related to miscarriage. And some infections may have the potential to lead to a miscarriage—for example, Fifth disease, rubella and toxoplasmosis. For this reason, pregnant women with a fever greater than 100.3°F should see their doctor immediately.

Treatment: Because a miscarriage often happens in women who want to be pregnant, treatment is usually reserved for those who are medically unstable or have a serious condition, or those women who clearly have an abnormal pregnancy. For women with desired pregnancies who have no symptoms or very mild symptoms, some doctors will wait until the miscarriage or abnormal pregnancy is confirmed with certainty by either blood tests or ultrasound.

Treatment typically depends on the patient’s symptoms, preference and how far along the pregnancy is. Options for treatment include waiting for the pregnancy tissue to pass on its own (called expectant management), medication that causes the uterus to push out any remaining pregnancy tissue, or a surgical procedure called a dilation and curettage (or D&C) to remove this tissue.

After Effects: Most women will experience some bleeding and cramping for several days after their miscarriage. Cramping usually improves over two to three days, while bleeding may continue to be irregular until the woman’s next period. And the next period may also be heavier with more cramping than normal and may be delayed up to eight weeks after the miscarriage. Pelvic rest—avoiding use of tampons, douches or having intercourse—is usually recommended for one to two weeks after a miscarriage. 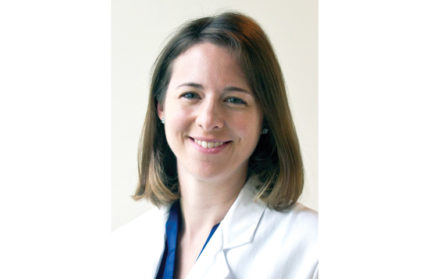 Many women are eager to try to conceive again after a miscarriage. Some physicians recommend waiting several menstrual cycles to allow some time to recover both physically and emotionally. While there’s no medical reason to wait beyond the initial recovery period, it’s helpful to verify that the current pregnancy has resolved completely, either by ultrasound or a negative pregnancy test.

Regardless of when a woman has physically recovered from her pregnancy and miscarriage, it’s important to wait until she has emotionally recovered before trying again. Many women grieve over their lost pregnancy, even if they were unaware they were pregnant prior to miscarrying.

Conclusion: As devastating as miscarriage can be, it’s important to remember that miscarriage is common and the majority have nothing to do with the actions of the mother. Most women will then go on to have normal, healthy pregnancies in the future.

Hopefully, by continuing to discuss miscarriage openly and accurately, women can feel less isolated about their experience and more hopeful about their chances of a normal pregnancy in the future, if and when they so desire.

Dr. Lindsay Odell is a physician at Penn Ob/Gyn Chester County, a practice of Chester County Hospital with offices in Exton, West Chester and Southern Chester County. Dr. Odell received her medical degree from Chicago Medical School-Rosalind Franklin University and completed her internship and residency at Thomas Jefferson University Hospital. She’s board eligible in obstetrics and gynecology and has a special interest in family planning and patient education.