Walking up a slight rise on beautiful Heartwood Farm in Malvern, you’ll come across an unusually landscaped hilltop. The rough squares of deer-eaten yew bushes and overgrown pachysandra cover decades-old gravesite markers for the farm’s beloved racehorses of the past. 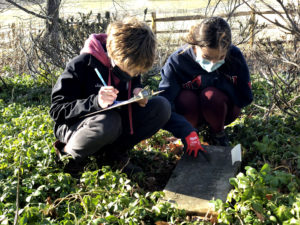 This unique horse cemetery in Chester County is the object of a joint project of the Legacy Marker Program and the Radnor Hunt Pony Club’s Junior Board, which have partnered together to honor, document and preserve the site. Established by Heartwood Farm’s prior owners, the Wetherill family, the Heartwood Horse Cemetery’s restoration has been a long-time goal of Radnor Hunt foxhunter Eugene Hough, a military veteran and founder of the Legacy Marker Program.

Preserving this horse cemetery brings together the goals of the Legacy Marker Program—to share American history through restoring historical markers, monuments and plaques as a means to strengthen the connections between people and the history of the places where they live—with the mission of the Radnor Hunt Pony Club.

Also located in Malvern, just up the road from Heartwood Farm, the Pony Club is a founding member and part of the United States Pony Clubs, the largest equestrian educational organization in the world. Founded on the principles of sportsmanship, stewardship and leadership through horsemanship, the Pony Club quite naturally includes land stewardship as part of its mission. Engaging the Pony Club’s Junior Board to partner in this unique project was a natural choice given its focus on land conservation and stewardship, and horses of course! 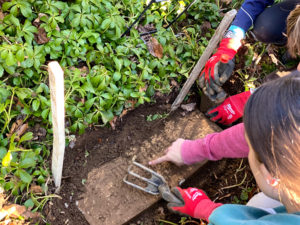 With support from Heartwood Farm’s current owners, Esther and Paul Gansky, the project team visited the site several times to attempt to locate each gravesite marker, document the information, and restore and beautify the cemetery. Locating and uncovering the markers, some more than 50 years old, involves a unique kind of hands-on learning with archaeological-style digging, probing and excavating.

So far seven of the estimated eight markers have been successfully found. Next steps include researching the horses buried there as well as maintaining the cemetery site. Preliminary research indicates that several horses are of historical importance for both their racing achievements and contributions to American thoroughbred bloodlines.
Says Pony Club member Annalise Scott, “I felt like an archaeologist when we were digging and uncovering all the horses’ headstones. What was really cool about this project was that the names of some of the horses were royal … Kingmaker and Queens Full, and there was a Prince, too … like they were all family or related in some way.”

As part of the broader goal of the project, during one of their visits to the Heartwood Horse Cemetery, Pony Club members participated in a flag ceremony conducted by Hough. This ceremony, experienced by over 5,000 people in 11 states, encourages dignity, respect for our country and each other, and civic responsibility. 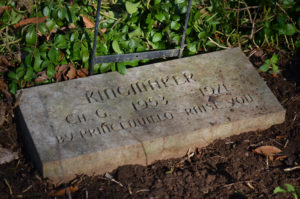 The Legacy Marker Project and Radnor Hunt Pony Club hope this project will inspire other organizations and individuals to get involved with preservation of local history hidden in their communities to foster a deeper understanding of our past and an ongoing commitment to stewardship.

“I feel lucky because it was so interesting and not something I would learn about in school or anywhere else. Learning about the history of the horses and being able to uncover their names so other kids, and maybe even their kids, can see when they lived and who they were made it a once in a lifetime project,” says Scott.

To learn more about the Radnor Hunt Pony Club, established in 1954, visit RadnorHuntPC.org. Pony Club members range in age from 6 to 19 and need not own a horse. For more about the Legacy Marker Program, dedicated to preserving and sharing our communities’ unique historical narratives, contact Eugene Hough at LegacyMarkerProgram.org.