Competing for Self, Team, School ... and College

Led by seniors, Malvern Prep was #1 in Pennsylvania in boys’ lacrosse. Top scorer Billy Coyle, with 49 goals and 47 assists, also had a 3.96 GPA and will attend Cornell next year. Mike Fay, with 45 goals and an All-American as a junior, had a 3.93 GPA and will attend Notre Dame. Three defensemen—Sean Christman, Ray Baran, Mac Updike—rounded out the team’s effort. Christman, with a 4.15 GPA, will attend Boston University; Baran, Richmond Univeristy; and Updike, the Naval Academy.

At 15-0 and #1 in Delaware, the Wilmington Friends Quakers completed a triumphant season. Junior Eric Pincus, with 67 goals and 24 assists, led all scorers, and senior Matt Tornek garnered 47 goals and 18 assists. Tornek’s GPA is over 4.0 and taking him to Penn. 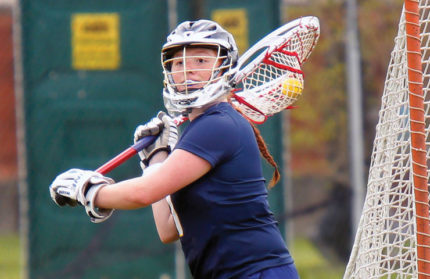 Ranked #3 among all girls’ lacrosse teams in Pennsylvania, the Agnes Irwin Owls were 19-4 overall. Senior Lila Barker, headed for Virginia, led with 65 goals and 35 assists, while senior goalie Hailey Andress, with 164 saves, will attend Cornell. Junior midfielder Maria Pansini, who had 70 draw controls and set a school record for takeaways and interceptions, is committed to Princeton. All three are All-Americans.

With an overall record of 15-2, the Archmere Academy Auks had several standouts. Senior Maggie Malloy, with a 4.0 GPA, will be at Pittsburgh next year. Juniors Sydney Yanick and Olivia Baldi had 58 and 38 goals, respectively.

Malvern Prep earned the #5 spot for baseball in Pennsylvania, compiling a 25-6 record. Sophomore Chris Newell, committed to Virginia, had .468 batting average, stole 17 bases, drove in 34 runs and scored 20 times. Junior Billy Corcoran pitched 41 innings, had a 1.18 ERA, and committed to Pittsburgh. Senior Jimmy Kingsbury, with a 1.53 ERA, will attend Villanova. 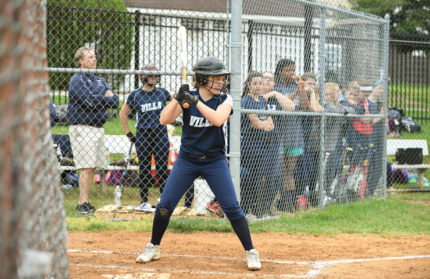 In the Tri-County league, Renaissance Academy clinched the championship for the second year in a row. Top player and senior pitcher Alexis Hicks, who was 9-2 for the season, will start a joint program at Nazareth College and Syracuse University of Law.

And Academy of Notre Dame de Namur’s girls, with an overall 18-9 record, fought to second place in the Inter-Ac. Freshman pitcher Grace Jackson won 9 games, with a 0.95 ERA and 196 strike-outs. Third baseman Marissa Mycek batted .390. Catcher Anita Bilotta batted .423, while her sister, Michele, played first base and batted .377. Shortstop Sophia Marlino batted .406 and had “a gun for an arm,” according to the coach.

And that’s a wrap for the spring season.