CarTron’s New Psychoanalysis System Knows More Than You Do 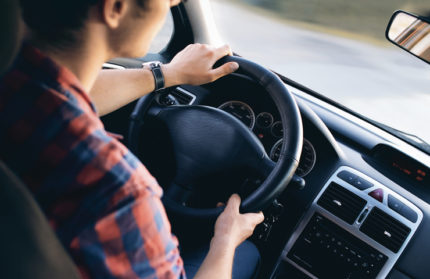 I was perusing the latest offerings from Facebook the other day when—sandwiched between videos of cute kittens and websites touting Oprah’s weight loss secret—I came across an item that made my jaw drop. According to a recent study over 60% of new car buyers and 70% of used car shoppers have no specific car model in mind when they begin their odyssey for a new set of wheels.

I slumped back in my chair, stunned at the implications of this bit of news. Even with access to the internet, that seemingly endless fountain of consumer advice and opinion, the average car buyer turns to Jello when confronted with the chance to buy a car.

To be sure, for some of us deciding on a new car might seem to be a piece of cake. Given the choice between, say, a used Prius and a new Lamborghini, the Lamborghini might get the nod every time.

But that’s just the problem. According to CarHub, the global portal purporting to connect all aspects of the auto world, the job of matching car and driver is too important to be left to the buyer. Instead, CarHub directs buyers to CarTron, a scientific “recommendation engine” that uses an Advance Algorithm Personality Test (AAPT), designed by leading experts in behavioral science and statistics, as well as the automotive industry.

This is, we might recall, much the same thinking that gave us the long lamented Edsel, the American Motors’ truncated Gremlin, and the oddly downscale Cadillac Cimarron.

Psychobabble aside, CarTron claims to be fun, fast and free. Basically, CarTron is a series of 30 questions designed to equate your personality with your finances and your needs.

However scientific, CarTron has one thing in common with a bad date, in that the first thing it wants to know is, how much money do you have?

After stating your budget—either in terms of total purchase price, a monthly loan payment or lease—you’ll be asked what style body you prefer. Of car, that is. If you’re unsure what type of body you’re looking for you may go to the “&” step and CarTron, recognizing that it has a serious case of uncertainty on its hands, will consider all vehicles for you by default.

In my case, no such robotic intervention was called for, and I answered “sedan.”

Then the fun began with the kinds of questions you would never hear from a car salesman. Like: if you could have your choice of superpowers, would you prefer flight, time travel, strength or mind reading? I said flight, feeling that I didn’t want to know what people around me were thinking, and I was already a paragon of physical fitness, except for a nasty case of tennis elbow.

Did I like high tech? Yes or no. I said sort of.

Did I like to read history? Yes or no. I said sure.

What’s most important in a friend? Fun or dependability? Obviously the former.

What would I want to be put in my neighborhood—a police station, church, bar or university? I opted for the university, since that would lead to an exploration of metaphysics and self-policing and ultimately attract a bar.

What’s most important in a mate, looks or brains? I said the latter, though great looks worked, as well.

What kind of music did I prefer—classical, rock, country or electronic? I said rock.

What would I prefer to see hanging on a wall—a picture of a robot, flowers in a vase or trees? I said trees, as a default move.

It was pretty straightforward stuff, nothing that would shock Freud, though sometimes it seemed CarTron tripped over its own ambiguities and limitations.

After answering all 30 questions I hit “submit” and waited to see what this most advanced technology decided I was best suited for. Something exotic, no doubt. Perhaps a sleek new Porsche Panamera? A Maserati Quattroporte four-seater? Maybe even a Bentley Continental Flying Spur?

But no, my motoring ideal, said CarTron, was that most commonplace of vehicles, a Chevrolet Impala. In second place was a Toyota Corolla and in third, a Nissan Sentra.

However humbling the experience, I could take consolation in the knowledge that according to CarHub, its know-it-all device never stops learning. The more people interact with the system, the smarter it gets.

Which is more than we can say of the other drivers on the road.  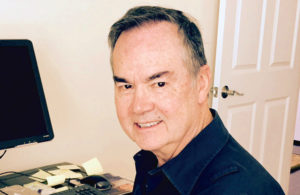 Jack Smith has been a car buff since childhood, when his father designed auto bodies for Philadelphia’s E. G. Budd Company. His work has appeared in The New York Times, Philadelphia Inquirer, Town & Country, GQ and the Robb Report, where he created the “Connoisseur at Large” column. He won three gold “Motos” for automotive travel writing.