The fastest growing county in Pennsylvania, Chester County has much to recommend it—a high standard of living, great public and private schools, plenty of preserved open space. And it has a remarkable collection of distinctive towns, from its county seat of West Chester, to several of Philadelphia’s tiny Main Line towns (including Malvern, Berwyn and Devon), plus charming historic towns like Oxford, St. Peter’s Village and Historic Yellow Springs. Here are four towns interesting enough to merit a day trip and certainly worth exploring and supporting. 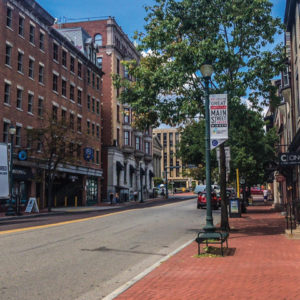 best place to retire, and an arts and tree town, to name a few. This county seat is also home to history as site of the Chester County History Center (new name) and the publication of the first biography of Abraham Lincoln. The town’s stately Greek Revival buildings include the Old Courthouse, built by Thomas U. Walter (architect of the U.S. Capitol), and others adding charm to the tree-lined streets with brick sidewalks.

West Chester has become well known as a dining destination, with 70-some eateries spanning Best of Philly white-table-cloth Andiario to tiny D’Ascenzo’s Gelato. Cuisine options range from Greek to Jamaican to poke to vegan, with a bounty of choices in between. Restaurants were busy offering take out and are now working on making more outdoor dining options available as parts of downtown streets shut down to traffic. See the article about West Chester in this issue.

TIP: Check out the art around town, from the Uptown! Knauer Performing Arts Center to the annual Gallery Walk tours (Oct. 2), to lamp post banners designed by local artists and the Chester County Art Association.

An old iron and steel mill town has emerged from the ashes much like its namesake to create a new life. This 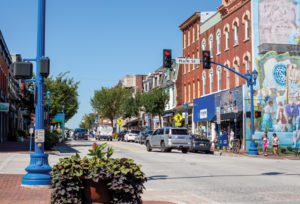 now-vibrant town attracts multiple generations to a walkable downtown area to enjoy all Phoenixville has to offer.

Also notable: Phoenixville has more breweries per square foot than anywhere else in the U.S., so be sure to visit one while you’re there. Drink there or take out.

TIP: Walk the loop along Bridge Street in Phoenixville and spot several colorful murals depicting the town’s history. And mark your calendar for the Burning of the Phoenix before Christmas, a major community event.

Yes, it’s the Mushroom Capital of the World, producing over a million pounds of the product a day. And the 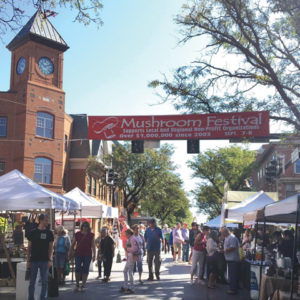 town holds an annual Mushroom Festival as well as drops a lit mushroom-shaped ball on New Year’s Eve. A shop named the Mushroom Cap sells predicable souvenirs and most restaurants in town include food with fungi on their menus. But there’s more to this lively community near Longwood Gardens.

And off the main street lie other discoveries. Beer fans will enjoy sampling Braeloch Brewing, Kennett Brewing, Victory Brewing or the beer garden at The Creamery, with the option to throw axes at the Chop Shop. Those looking for artisan goods should head for The worKS, a curated showcase of one-of-a-kind locally made goods.

TIP: First Fridays in Kennett have hosted Art Strolls. Here’s hoping they return, along with the Kennett Brewfest in October—a chance to sample local and national breweries from tiny plastic mugs, all for a good cause.

A great place to live, work and play, Malvern is a small town village with its center just off busy Lancaster Ave. 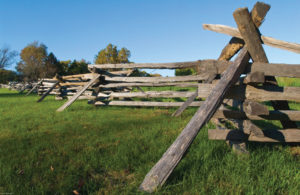 This Main Line town is home to a key Revolutionary War battle, commemorated at the Paoli Battlefield (yes, the name is confusing). The town is also the site of General Mad Anthony Wayne’s home, Waynesborough, a house museum and national historic landmark.

Beyond its historic roots—reflected in bold murals around town—Malvern hosts street festivals, parades (the longest running Memorial Day parade, started in 1868), and Third Thursday Strolls along King Street. Strollers can browse boutiques like Posh, Gingy’s and Malvern Saddlery, along with a wide variety of restaurants.

Mainstay Restaurant Alba has been a fixture for years, serving up farm-to-table goodness before moving to take out. Malvern Buttery soon became a community hangout attracting the faithful with fabulous pastries and breads. Newly arrived Brick and Brew was packing them in before social distancing happened. Be sure to support these and other Chester County restaurants.