You may have been to the Chester County History Center and the Brandywine River Museum of Art, but there are more museums in our area to explore. Here are some smaller, more eccentric museums that call Chester and Delaware Counties home. 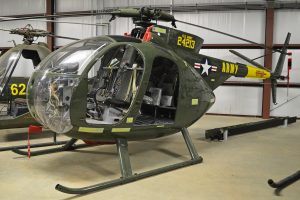 Check out West Chester’s American Helicopter Museum, named the best science museum for kids by Philadelphia Magazine. Learn about the history of rotary-wing aviation as you view more than 35 civilian and military helicopters, autogiros and convertaplanes. Climb aboard a real helicopter, operate the controls and even go for a ride — check their website for flight dates.

The museum hosts events throughout the year, including the summer FamilyFest, a week-long Girls in Science and Technology program and plenty of workshops. Coming up this month is a drone workshop for kids ages 8 to 14. Learn the science of drone flight, the different parts of drones and fly a drone on several missions! Open Thurs.–Sat., 10 a.m. to 5 p.m.; Sun., noon to 5 p.m. 1220 American Blvd., West Chester. AmericanHelicopter.Museum. 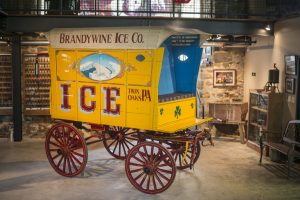 At the turn of the 20th century, the ice industry was one of the most important in the nation, a billion-dollar business employing 160,000 Americans. In the industry’s heyday, ice was the second-largest export of the U.S., with 40 million tons harvested each winter.

Did you know Coatesville played a major role in the history of the iron and steel industry? The National Iron & Steel Heritage Museum there is dedicated to preserving the region’s iron and steel history and its relationship to the nation beyond.

The museum is housed in a 35,000-square-foot historic structure that was part of the Coatesville steelmaking complex. Explore exhibits about Rebecca Lukens (the entrepreneur who transformed the mill into a successful ironmaking operation), important innovations in iron and steelmaking, and famed products made with Lukens steel, including the Space Needle, Veteran’s Stadium and the USS Nautilus, the world’s first nuclear-powered submarine.

Before you leave, be sure to check out the steelworker’s memorial, featuring one of the tridents from the World Trade Center. Musuem open Thurs.–Sat., to a.m. to 4 p.m. Grounds open daily, sunrise to sunset. 50 S. 1st Ave., Coatesville. SteelMuseum.org. 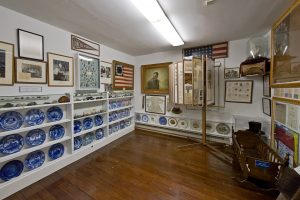 Over more than 75 years, Christian Sanderson collected thousands of historical relics, artifacts and memorabilia of both local and national significance. Visit his 19th-century home in Chadds Ford to get a glimpse of our history through one man’s life and his collection.

Admire original paintings and sketches by N.C. Wyeth, a friend of Sanderson’s. Read letters to Sanderson from Civil War soldiers. Look at photographs of General Washington’s Revolutionary War headquarters. See real cannonballs from the Battle of Brandywine and autographs from several presidents and historical figures.

If you’ve been to Media’s State Street, you’ve probably walked right past the Pennsylvania Veterans Museum without even realizing it. 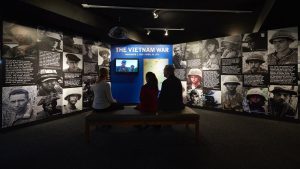 In the basement of the historic Media Armory, better known as the local Trader Joe’s, this small-but-mighty museum aims to tell the stories of America’s conflicts through the eyes of those who served in them. Check out the life-size diorama of D-Day and Band of Brothers memorabilia, see a life-size soldier in the Korean War exhibit, listen to the stories of paratroopers and try on a parachute backpack. 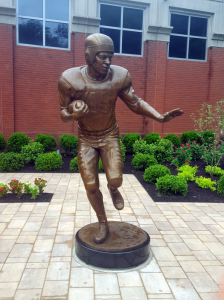 The latest addition to the collection is a model of the Coast Guard cutter Emlen Tunnell, named after Radnor native, World War II hero and the first African American to be inducted into the Pro Football Hall of Fame. Be sure to check out the bronze statue of Tunnell outside the building, too! Open Mon.–Fri., 9 a.m. to 4 p.m. Weekend tours by appointment. Radnor Township Municipal Building, 301 Iven Ave., Malvern. DelcoSportsMuseum.org.