Along the Main Line 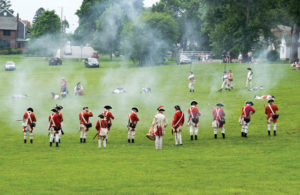 June 3 marks the 150th consecutive year of a very special parade in Malvern. First celebrated as Decoration Day in 1868 as a remembrance of soldiers who fought in the Civil War, this is the oldest, continuous parade of its kind in the country. Because so many veterans wanted to participate in the first parade, and there were competing events in Wayne and West Chester, Malvern’s parade was moved to the Sunday following Memorial Day. And so it continued on that day.

Along with school bands, string bands, drum and bugle corps, bagpipes, military vehicles and numerous dignitaries, there’s a Memorial Ceremony following the parade to honor local veterans who died this past year along with a Revolutionary War battle reenactment at Paoli Battlefield.

This family weekend starts with a spaghetti dinner, Saturday, June 2, followed by a concert by the Chester County Concert Band. And retailers hold a Sidewalk Sale.

See you in Malvern for the sesquicentennial! 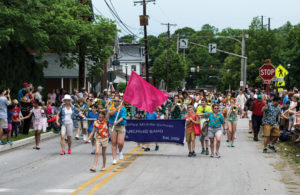 Related Articles:
back to top