Some Minor Thoughts on Craft Beer

In 2006, I got a call from Boston Beer, the makers of Sam Adams. It was just after my first semester of grad school in California, and I was ready to go all in on a PhD program.

“Hi, Mike. We’re excited to see you applied for our beer ambassador position. Got time for an interview?” I didn’t apply, and how did they get my number? Ah, of course. The guys at the local beer bar must have given them my digits. After all, I had a deep knowledge of craft beer and am such a social, affable guy.

I did the interview and quickly called my mom back in Pennsylvania. The conversation went like this.

“Oh great! I sent them your resume.”

“Honey, you know how much I love you. Well, I’ve been reading your essays and talked with some of your classmates. I don’t think grad school is for you.”

She was right. Maybe a career slinging suds presented a brighter future. And Boston Beer did the right thing and passed on me. Instead, at 22, I got a sales job with Oregon-based Rogue Ales & Spirits, a company that sought to employ unemployables. 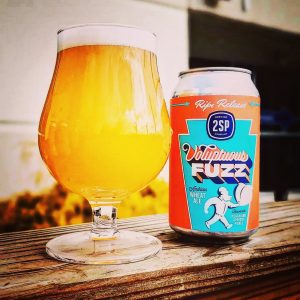 Back in 2006, the craft beer industry was a lot different than it is today. A lot. A brewery could give someone like me an insanely big territory, by today’s industry standards, with the reasonable expectation of explosive growth (with Rogue I covered all of Southern/Central California and Las Vegas). There are not many industries that were growing like craft beer during those early years.

Today, craft beer is in a much different place.

Recently I gave a talk to a group about our little Delco brewery, 2SP. I’ve been doing these talks for years—at Rogue, then later with Dogfish Head Brewery. Who we are, what we brew, and maybe spice things up with tales of run-ins with the cops.

This time something felt different. In those early Rogue years, if I asked the group “How many of you have tried craft beer?” about 15% of the room would raise their hand. Fast forward to my Dogfish Head years (2010-2014) and 60% would have sipped a craft beer.

That day in January, everyone in the room raised their hand.

Thinking back on my 15+ years in the industry, I’ve seen the most exciting and intoxicating period in the evolution of beer brewing. Sadly, it feels like now we’ve reached the limit of rapid growth and expansion—that we’ve reached the proverbial Pacific.

Yes, I have my gut feelings, but the numbers back me up. Brewery production data from the Brewers Association—the American craft beer trade group—shows dramatic changes have occurred in a little over ten years.

First, a few technical points: Regional Breweries (like Yards, Dogfish Head) produce over 15,000 barrels annually (bbls); Micro Breweries (like 2SP, Love City) between 15,000bbls and 1,000bbls; and Small Breweries (like East Branch, Hidden River) under 1,000bbls. (The data is incomplete because some small breweries don’t report, but those omissions wouldn’t change the large trends below).

Let’s focus on 2008, 2013 and 2019 because each of those years represents new trends in the craft beer industry. In 2008, there were a very few powerhouse Regional Breweries with national distribution, yet in their wake were muscular Microbreweries on the cusp of moving up to the next rank.

The huge growth spurt in 2013 in the number of Regional Breweries came from the Microbreweries, class of 2008. Small Breweries were also growing during that period, but there was a relatively low number of them in 2013 compared to today. From 2013 to 2019 the Regional Brewery segment grew at a much slower rate in number and volume compared with both the Micro and Small Breweries. Those grew in the triple digits during that explosive six-year period. 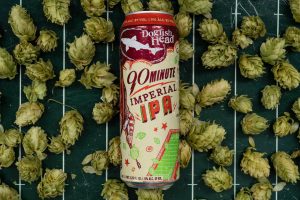 So, what were the trends during that time frame?

Back in 2006 there were new breweries in California, Delaware, Pennsylvania, Minnesota and Oregon that were coming onto the scene with a seductive and rebellious attitude, providing a new gospel to the fermented world. And that gospel sang to a thirsty group of drinking evangelists, like the TV character Tim the Toolman Taylor, “more power!” Which translated to more hops, more sour, more alcohol, more styles. This was a shock and awe period of brewing that changed the landscape for craft beer.

By default, shock and awe eventually turns into placid and mundane. Craft beer was by then showing up on grocery store shelves and sports bar taplines, no longer exclusively at the one-beer bar in Bumbleville or that exclusive bottle shop in Center City. 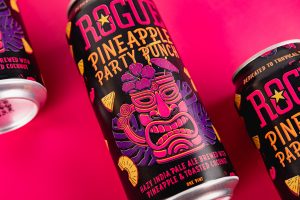 But craft beer is an industry that thrives on excitement and desire for the new, and it was the Small Breweries sprinkled around the country that next captured the zeitgeist.

Those new styles are not shelf stable (exploding cans!). Plus these beers have an extremely short quality window and were sold in a format entirely unfamiliar to big brewers (16-oz. 4-packs). As the exclusive producers of those styles, Small Breweries thrived, with lines out the door for weekly, sometimes daily, new releases announced in an Instagram post just hours before.

Today those customer lines are shorter and less frequent. The new styles have lost some zip because the sheer number of releases diluted their distinctiveness.

And this, beer fans, leaves an opening for the next trend, a new cultural moment in craft beer.  I don’t know what it will look like just yet, but I am hopeful.

Back in 2006, my mom liked the thought of me in a field I was passionate about, built around the idea that regular Joes and Janes could buy a local world-class beer for a few dollars more than a mass-produced lager by a faceless conglomerate.

Today, that idea is truer than it has ever been.

So, cheers to my mom. And to craft beer. 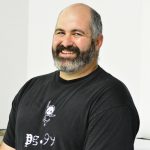 Mike Contreras is the Director of Sales & Marketing at Aston’s 2SP Brewing Company, a small brewery founded in 2015 that has distribution in Southeastern Pennsylvania, Delaware, Maryland, New York, New Jersey and Japan.