“I’d rather give birth than have a root canal.”

After 25 years of doing root canals, I’ve heard everything from my patients, including that.

Misconceptions about root canals make them among the most feared procedures. This sad reputation comes from years of antiquated therapy, old-fashioned instruments and ineffective local anesthetics.

But today, during the over 16 million root canals performed each year, dentists hear their patients say things like: “ Wow! Are you done already?” “That didn’t hurt a bit.” “I can’t believe I was so nervous about this!” and “That’s as easy as the filling I just had.”

Root canals don’t cause pain—they relieve it! So, what’s changed to make root canals so much better for patients?

In short, root canal treatment repairs and saves a badly damaged or infected tooth instead of removing it. (The name comes from cleaning the canals inside a tooth’s root.) When a tooth is cracked or has a deep cavity, bacteria can enter the pulp, causing a serious infection or abscess, leading to pulp death, bone loss and potential loss of the tooth. Symptoms may include swelling—inside your mouth and around your face or neck—a hole in your tooth, and a toothache. Patients may also experience extreme sensitivity to hot and cold temperatures.

During the procedure, your dentist drills down into your tooth, removes the diseased tissue (pulp), cleans the area, fills and seals the tooth’s root canals and pulp chamber, sometimes ending with a temporary filling. The final step is for the tooth to have a crown or another type of permanent restoration.

The treatment, generally done in one or two visits, takes an hour or two, so bring some tunes or a podcast. You’ll generally return for a six-month, follow-up appointment. Costs for simple root canals range around $1,000-$1,500—less for front teeth, more for molars and complicated cases. Cared for properly, your repaired tooth can last a lifetime.

Root canals are performed under a rubber dam—a latex barrier that protects the patient and allows the dentist to work in a clean, sterile environment, without chemicals or debris going into a patient’s throat. Also, most endodontists (specialists in root canals) work under a microscope, allowing better and more accurate access to affected areas of the tooth, and thus preserving tooth structure to support a filling or crown on a tooth.

Plus, modern drills spin faster than ever, cutting through the tooth or crown without excess vibration so patients are comfortable. Other advancements have revolutionized treatment, such as instruments made of nickel titanium—a flexible metal that maintains the natural shape and curvature of the root canal, without damaging tooth structure.

About 85 percent of root canals are done by general practice dentists. Endodontists typically do the more difficult cases—working on molars, retreating an old root canal that became re-infected, doing a surgical approach to remove an infection from the bone. The rate of success for root canal treatment is around 95%.

Why Save My Tooth?

If a root canal can’t save a tooth, the main reason a tooth is lost is if it’s cracked or fractured. Extracted teeth can be replaced by a dental implant, bridge or removable denture with great success. But that’s another article.

Adults have 32 permanent teeth (including four wisdom teeth that are often removed). About 20 years ago, dental implants became very popular, and teeth were being extracted that could have been saved. Now, the pendulum is swinging back in favor of saving natural teeth, especially with the high success rate of root canals.

Also consider if a root canal fails and the tooth cracks, an implant is an excellent alternative. But what if an implant fails? That’s more difficult to fix.

When patients ask if they should get a root canal and save their teeth or get implants, my advice is that your teeth are God’s implants, so save them. And retire the cliché about the pain of root canals. © 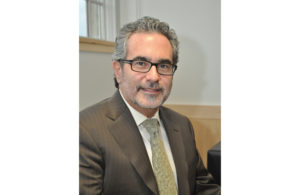 Dr. Sam Kratchman received his D.M.D. at Tufts University and certificate in endodontics from the University of Pennsylvania, where he’s an Associate Professor of Endodontics and Assistant Director of Graduate Endodontics, in charge of microsurgery. He lectures nationally and internationally and practices in Exton and West Chester, along with three partners. ExtonEndodontics.com.

Tagged under: Dental Health, Health, Teeth
back to top