“Low testosterone” is at best a relative set of terms and at worst a misnomer.

Scan the cable channels on your TV and you’ll invariably find it—that commercial, talk show segment or infomercial about what’s become a pervasive and trendy medical topic—male menopause. The term instantly gives even those who haven’t tuned in yet an idea of what lies ahead.

Linking the word “male” with what’s generally understood as a medical experience for women gives the public the basic concept. Those wielding the phrase are talking about changes occurring in men—such as weight gain, decreased stamina and reduced libido—that are chalked up to another perhaps misleading phrase, low testosterone.

Although television and advertising may not have diagnosed it correctly, they’ve at least brought more people’s attention to an issue that can be very important, if only because of the more critical issues behind it.

What’s in a Name?

Male menopause is a myth. It’s not a true condition. In women, menopause describes the process that follows the end of menstrual cycles. After growing accustomed to the conditions created most of their lives by related hormones, women around 50 find themselves coping with dramatic reductions in those hormone levels and some resulting effects—hot flashes, night sweats, weight gain, mood changes and more. Menopause happens to all women who live long enough to reach it.

By contrast, not every man will experience the symptoms linked with low testosterone. In addition, “low testosterone” itself is at best a relative set of terms and at worst a misnomer.

Men produce testosterone throughout their lives. Unlike the hormones affecting women during menopause, testosterone levels change gradually over the years. It’s downhill after ages 18 to 27, but it’s a slow and steady trip down that hill.

Testosterone levels (which can only be verified by a blood check and should always be confirmed by a second check) are really only “low” when they appear so compared to the levels found in most men that age. You’re not going to “win” if you’re 45 and comparing your levels to a 21-year-old. When those levels are significantly lower than expected for someone your age, the more accurate diagnosis is hypogonadism, a condition that occurs when the body’s sex glands produce little or no hormones.

Possible Truths Behind the Myth

Whatever you call the condition, its symptoms (if they appear) produce changes in the quality of life. From more frequent fatigue to inability to concentrate to a reduced interest in sex, these changes prompt men—or sometimes the women close to them—to take notice and seek a way to reverse the effects. And that is a very good thing.

Men, listen to your bodies and go to your doctors. Women, take notice when you see these changes and send your husbands or partners to their doctors. While these changes in the quality of your life can be disappointing, they can also indicate larger and even more serious problems.

In almost all cases, hypogonadism is caused by another medical condition. Low testosterone levels can be a sign of such things as obstructive sleep apnea, obesity (an extremely common cause), advanced kidney or liver damage or even heart failure. Diabetes is another cause, as is chronic narcotic use.

While seeing a few extra pounds in the mirror or having a moody husband at the dinner table may not seem like a life-threatening situation, the real factors behind those changes may very well be.

As always, the solutions start with your primary care physician. Before you buy into a newspaper ad and reach out to the latest company offering treatment, talk to your doctor, a much more experienced resource who can help you determine your true diagnosis and then point you toward answers and the low testosterone it’s causing.

Your doctor may prescribe testosterone replacement therapy, which comes in several forms. The most popular is a gel that’s applied daily by hand to the skin. Another option is a patch that’s worn for about a week and then replaced by a fresh patch. Some patients instead give themselves injections every one to four weeks.

Less popular options include a buccal patch (an oblong device placed between the cheek and the gums) and surgically implanted pellets that are replaced every three to six months. All these prescription-only solutions use human testosterone that chemically matches the hormone produced by a man’s body, so they work. How long you take them depends on how long it takes to address the more serious issue you and your doctor discover behind your symptoms.

So, if that TV personality or ad mentions something you’ve experienced (or something your husband hasn’t yet acknowledged), turn off the TV, put down that newspaper and reach out to your primary care physician.

As usual, the human body is broadcasting its own message, and no matter what you call it, the subject needs your full attention. 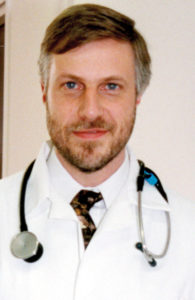 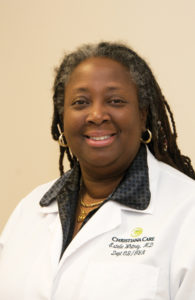 Tagged under: Health, Men
back to top