Lagers, the King of Beer 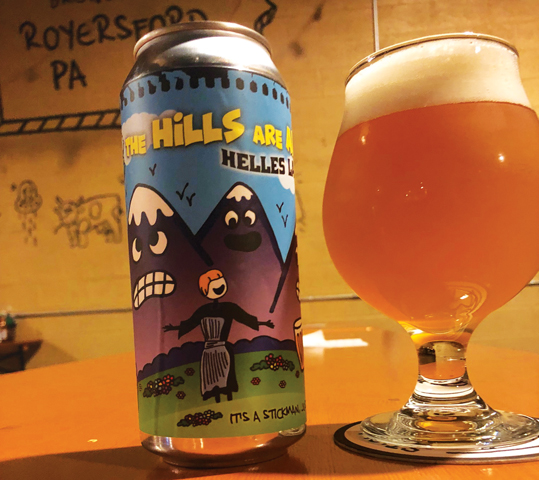 In a world inundated with haze and gimmick, the lager remains king. Although some devout craft drinkers may sneer at the mention of lagers, the macro breweries, which brew primarily lagers, continue to lose more beer to waste in a day than the average craft brewery will produce in a year. It’s a fact that lagers are drunk widely in the U.S. and around the world.

In today’s market—fueled by flavors often derived from atypical and non-traditional ingredients—the average beer drinker seems to view lagers as outdated at best, but more commonly, entirely undesirable. If you’re one of these consumers, brewers across the globe beg you to reconsider.

Some say this inherently drinkable beer—with its sweeter, smoother, crisp taste—is actually a gateway to the wide world of craft beer.

Let’s start from the beginning. Lager is not just the beer you’re picturing right now. Yes, it is the most widely consumed and commercially available beer. Yet those fizzy little nothings named “lite” and the mega-brewers’ brands don’t begin to scratch the surface of what this beer can be.

The term lager is incredibly broad, covering a family of beers—ranging from pale (helles, pilsner) to amber (marzen, bock) to dark (dunkel, dopelbock and more)—rather than a single type. This term typically refers to two things: 1) the family of bottom fermenting yeast used to make these beers, and 2) the essential cold storage technique used to create the clean flavors and crisp finishes the entire family of beer is known and appreciated for.

In short, any style of beer brewed with this distinct type of bottom fermenting yeast at cooler temperatures is a lager.

Lagers (which, by the way, means storeroom in German) were first developed in Germany, where brewers in the Middle Ages discovered that beers left to ferment in cooler temperatures had a more refreshing flavor and a longer shelf life, both of which were good for business.

Over time brewers selected the vessels that made the best beer and used those again. Unknowingly, this recycling produced a yeast inside those vessels that created cleaner and cleaner flavors that work best at colder fermentation temperatures.

By the time the science of microbiology developed, the yeast that was observed living in the cool cellars and caves surrounding those old German breweries was totally distinct from the yeast found in breweries that preferred warmer fermentation.

Typically, lagers also undergo an extended cold aging process (conveniently called lagering) but this isn’t always the case. As American brewers delve further into the weird world of pre-Prohibition brewing (a topic we don’t have near enough space to go into here) and more rustic styles of German-inspired beer, that cold storage process seems to be less mandatory.

The key thing to remember here is that lager doesn’t represent a static beer style, but a family of yeasts and brewing techniques used to make an incredibly diverse portfolio of beers. Think of it like a type of cuisine: Italian food doesn’t mean only spaghetti and meatballs … or even just red sauce.

The beers we all know as ubiquitous—the pale mass-produced lagers—are loosely based on the Bavarian helles (pale) lager or the German style pilsner. These two related styles represent the bulk of lagers produced all around the world. But the good versions have so much more to offer.

A good helles (like Sly Fox’s Helles Golden Lager) is complex, expressing a wide variety of malt-derived flavors all at once, with a crisp finish and firm but smooth bitterness. Pilsners (like the nearly ubiquitous Prima Pils from Victory, with a picture of hops on the label) are often as hop-driven as the modern IPA, but showing off more delicate German hops that lean earthy and floral, instead of piney and citrusy.

The classic Munich dunkel pours a light brown and has flavor notes that would remind most drinkers of brown ales, but with the refined finish and more delicate mouth feel that made you reach for the lager in the first place.

Kellerbiers pour cloudy and often have “doughy” notes and even a little funk. Bocks are often sweet, hoppy and incredibly high in alcohol. At Stickman, we’re particularly proud of our Baltic Porter, a jet-black lager in the bock family that was originally brewed as a German response to the Russian Imperial Stout.

As I said, there are lots of lagers to love.

It’s the opinion of almost every professional brewer that making a good lager—especially a pale lager—is the most challenging thing you can do in a brewery. Plus it takes more time and thus can drive up costs.

Brewers strive for the lean and distinct flavors that are the hallmark of the style. Typically there isn’t much to hide behind—the residual sugar, fruit, adjuncts (unmalted grains or grain products used in brewing that supplement the main mash ingredient) or dry hops typical of other beers. As a result, flaws that would be unnoticed in another beer come front and center in lagers.

It should be noted that this small margin for error also applies to the guys making beers like Budweiser and PBR. Think what you will about the end product—where the massive scale and cheaper ingredients allow a lower-cost brew—it takes a lot of skill to make a beer that tastes exactly the same every time.

To summarize, the term lager is incredibly broad and encompasses a huge variety of brewing techniques, styles and flavor profiles. Consequently there’s no simple way to describe what beer to buy, what flavor to expect, what food to pair with your beer. But that’s what is so fun about drinking lagers!

Lagers are beautiful, complex and often the purest expressions of what beer can be. Try them for yourself and decide.

Ethan Buckman started brewing at age 18 when he turned his college dorm room into a speakeasy. He’s been working as a brewer for ten years, brewing for several breweries in Pennsylvania and Oklahoma, along with spending time as a wine maker in South Jersey. He’s currently the head brewer and co-owner of Stickman Brews, headquartered in Royersford, with a new-ish location in Chester Springs. StickmanBrews.com.

Tagged under: Beer, Craft Beer
back to top