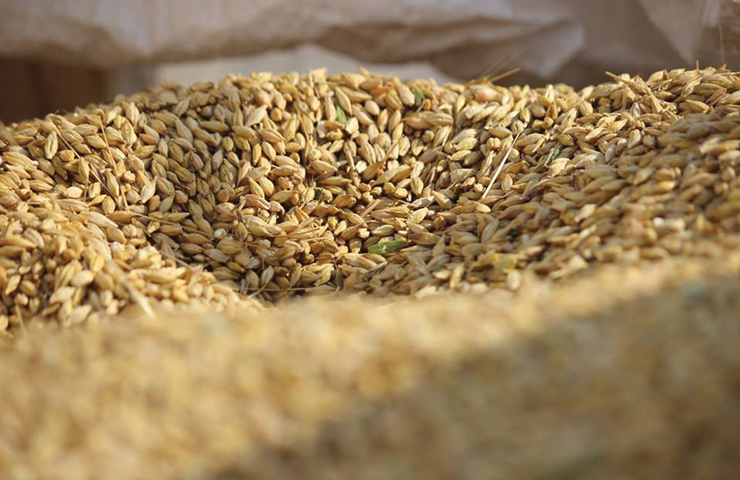 There’s a call from beer holding on line one. It’s asking for its malt back.

But if your primary recent exposure to the craft brewing world has been limited to occasionally perusing a few beer lists, you could be excused for thinking that big hoppy beers, or sour beers, or barrel-aged beers are the best, the most popular, the beer snobs’ faves.

So, whither the malt bomb?

Hop-tricity was explored in the April issue of County Lines when Tim Floros of Levante Brewing in West Chester wrote about the contribution and popularity of hops in today’s beers. Now he and two other area brewers—Brian O’Reilly, Brewmaster at Sly Fox, and Chris LaPierre of Iron Hill—weigh in on the also-compelling subject of malt through their own eyes as well as the palates of their customers. And to further your malt-ucation, I check in with local malt producers.

After water, malt is the most common ingredient in beer. Because it adds color, flavor and sugar, it’s also extremely important to the brewing process. Plus, malt gives beer that classic golden color.

Unlike hops, malt is produced, not grown. And most malt comes from barley, the preferred brewing grain. Because the starch of unprocessed barley can’t be directly fermented into alcohol, barley is first processed into malted barley or simply … malt.

What’s the Cliff Notes version? The barley is air dried, then sprinkled or soaked, allowed to germinate, and finally the germination is stopped with heat. The amount and duration of heat create different types of malt for different types of beer. (Skipping details here because there are hundreds of kinds of malt.) Suffice it to say that longer and deeper roasting produces darker beers. Brewers can buy raw grain and malt it themselves, buy malted grain, or buy malt extract, the third option giving less control over the final product.

In contrast to the bitterness from hops, malt adds a certain sweetness to beer, with flavors described as grainy, toasty, honeyed, nutty and caramel.

Final fact: about 90% of the world’s malt is used for beer, with the remainder used for things like whiskey, milkshakes, baked goods and candies (think Whoppers).

For the love of a good malt-forward beer

In the craft beer industry and at Levante Brewing, Floros has seen consistent interest in malt-forward beers but “from a smaller, less vocal contingent.”

In contrast, LaPierre finds little, “if any, rise in demand for malty beers.” Even those most identified with packing a big malt flavor and alcohol level—such as barleywines and scotch ales—have lost favor, in his experience.

Somewhere in the middle, O’Reilly observes, “more and more beer drinkers are appreciating beers that are balanced. So it doesn’t matter if it’s hop-forward, malty or fruity.”

Certainly, balance is a key indicator of well-made finished beer.

LaPierre is pleased to see that while the malt-centric beers may not be finding popularity now, German lagers—with their delicate and complex toastiness, but no caramel or dark roasty notes—are. In addition to Iron Hill’s tried and true (not to mention award-winning) Vienna Lager that’s been around for most of the company’s 20 years, he cites other local breweries making quality Vienna lagers, including 2SP, Neshaminy Creek and Pennsauken’s Double Nickel.

Maibock is another style that shows off the grain bill quite well, and LaPierre is likewise a big fan. He explains, “I love maibocks. To me that’s what malt tastes like. I’m also a fan of altbier. That firm malt body that backs up the bitterness and that signature toast from a little bit of black malt is what defines that style.”

O’Reilly is on the same page adding, “I think the real balance in a German-style bock beer is to have the rich and firm malt character balanced with a gentle dryness so that the beer does not finish sweet. If it’s right, it can be like magic.”

The open land west of Philadelphia is home to vast expanses of fertile farmland. It may come as no surprise, then, to see that local farmers and malt houses have increasingly been engaging the region’s brewers with eye-opening and inspiring partnerships.

Deer Creek Malthouse in Glen Mills opened in 2012 as the state’s first commercial malt house since Prohibition. Co-founder and former owner Josh Oliver talks with great pride of the work and relationships built through the last five years at Victory, Levante, La Cabra (in Berwyn), Free Will (in Perkasie) and many more. He says, “90% of the flavor in malted grains that see their way through to the finished product are from the work of the maltster.”

One of Levante’s most recent local malt brews—Earl of Newlin—is a Colonial tea beer that used Deer Creek farmed and malted grains milled at the 18th-century Newlin Grist Mill. Floros was excited about this project and adds, “the addition of Earl Gray tea and spices that were used in the Colonial era gave this beer a unique citrus flavor and aroma.” He expects Earl of Newlin to be on tap for a limited time this summer.

At Sly Fox, Brian O’Reilly looks at the small local farmers and maltsters and reminisces: “We want to support local agriculture and maltsters. We are giving them a chance, just like beer drinkers and publicans did for us 20 years ago when we first got started.”

In one of the country’s most unique and full-circle projects, Sly Fox is in its second year of working with local farmer Ned Foley’s Two Particular Acres in Royersford and Double Eagle Malt in Huntingdon Valley. The grain is grown on Foley’s farm, then malted by Double Eagle, before being sent to Sly Fox to create the Circle of Progress ale that’s served exclusively at area Wegmans’ pubs. The final step is for organic waste from the restaurant and bar that serve the beer to be returned to Two Particular Acres, where it becomes compost for the field where the next grain crop is grown. Full circle, indeed. 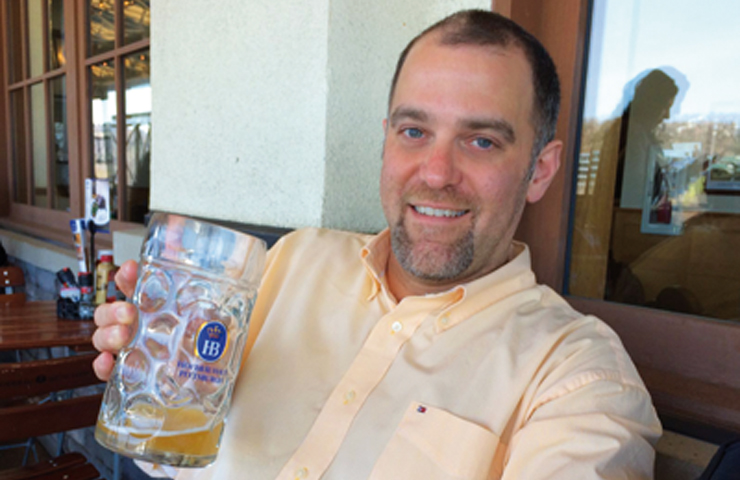 Foley sees a huge upside in the coming years for both suppliers and producers. “I believe that most brewers are always looking for something to distinguish themselves and many are willing to take risks to stay out in front. Adopting the principles of the local food movement would therefore seem logical.”

Supporting him in this endeavor is Alan Gladish at Double Eagle. “Brewers and distillers recognize the value, that increasingly consumers are seeking products with local ingredients, and brewers who offer that can differentiate themselves. There’s something tangible about seeing the farmer and the field where the grain was grown,” says Gladish.

Foley is eager for the day “when we are all discussing the terroir of Montgomery County versus Chester County or the terroir of grain raised with traditional fertility versus compost as fertility.”

“The possibilities are endless,” says Foley. “A pint of beer is a magical thing when it combines sustainability, soil health, local food artisans and the local food movement in one glass.”

And just maybe malt will pick up that call on line one.

Bryan Kolesar, local to Chester County, has been writing about beer for over ten years and maintains a blog, BrewLounge.com. His book—Beer Lover’s Mid-Atlantic—is available online and in physical bookstores. It’s a complete 416-page guide to breweries, brewpubs, beer bars and homebrew of PA, NJ, MD and DE.