Today about 1 in 68 children in the United States has been identified with Autism Spectrum Disorder (ASD)—that’s a 30% increase over the number identified in 2012 by the Centers for Disease Control and Prevention (1 in 88).

Early diagnosis of autism—which is likely caused by genetics, environment or a combination—is critically important so appropriate treatments can begin. Parents should be aware that symptoms may begin in early infancy, and generally most children will exhibit some symptoms during their first year.

How do I recognize and test for autism?

Autism is a neurodevelopmental “spectrum disorder” with the severity of symptoms falling on a continuum. Some common indicators of ASD are problems with social interaction (poor eye contact, resisting physical contact), verbal and nonverbal communication (not understanding nonverbal cues), and repetitive behaviors (rocking, head banging) or hyper-focused interests.

Regardless of whether symptoms are mild or severe, children who exhibit these behaviors should see a pediatrician as soon as possible. Pediatricians can use a simple autism screening tool to advise families if their child requires further evaluation.

The “gold standard” of autism assessments is the Autism Diagnosis Observation Schedule (ADOS-II). The ADOS is one component of a comprehensive evaluation performed by an assessment team that may include psychiatrists, developmental pediatricians and licensed psychologists. This test diagnoses autism by evaluating a child’s behavior. During the test, children are asked questions so their responses can be evaluated to determine whether they are typical for a child of that age.

What resources are available?

Although there’s no cure for autism, early treatment can have a great impact on quality of life. Treatment techniques, such as Applied Behavior Analysis (ABA), are considered among the best practices in treating individuals with autism. Using principles from learning theory, ABA principles and techniques can foster basic skills such as looking and listening, as well as complex skills such as talking and understanding another person’s perspective. The approach can be effective depending on the intensity of an individual’s behaviors.

Using ABA, an individual’s behaviors can be analyzed to determine the purpose the challenging behavior serves for the child. For example, if a child begins banging his head when given a certain task by a teacher, the teacher may remove the task to stop the behavior. The head-banging was a behavior the child learned to produce a desired outcome—removing the unwanted task.

With ABA, therapists and teachers can teach, shape and reinforce more appropriate behaviors. In the example above, this would mean helping the child communicate that he doesn’t like doing the task, needs help with it, or would like to do it later. ABA helps individuals with autism learn how to communicate their needs in a more appropriate way.

Some children may receive treatment in their home school district, with specialized support tailored to their needs. Others may attend an approved private day school for children with intellectual and developmental disabilities, where they can improve behaviors and learn new life skills. Some families may also receive in-home help, which can include autism-specific ABA services to develop communication and social skills, and adaptive living skills to increase independence.

What are Transition Services?

For adults living with ASD, gaining a sense of independence presents a life-long challenge. Community-based models are proving to be effective in meeting the needs of adults with autism, while allowing them to maintain as much independence as possible.

Community services vary in scope and include services like behavioral support, community inclusion, staff-supported community living, and supported employment—all tailored to the needs of the individuals and families served. These models are built on the simple premise that individuals with disabilities, like all of us, can best learn and achieve success when actively engaged in their communities—near natural support from family and friends.

While there’s still work to do, greater autism awareness will help families learn the symptoms and risk factors, leading to earlier diagnoses and intervention. Individuals with disabilities—including autism—have a great deal to offer our communities. 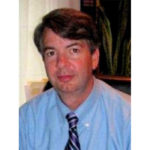 Dr. Todd Harris is the Director of Autism Services for Devereux Pennsylvania, as well as Devereux’s National Autism Consultant. In his current roles, he coordinates the design and implementation of Devereux’s national autism initiatives, assesses and provides consultation to Devereux centers, and provides direct oversight to its autism specialty programs. 800-345-1292; Devereux.org.

Tagged under: Being Well, Health
back to top